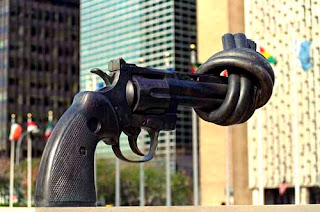 I do agree that one of journalists’ duties is to report the current events to the public. They serve as control to the government or a medium to construct the public opinion on certain cases. They, likewise, bear responsibility for educating the public more aware of the current situation in certain places. 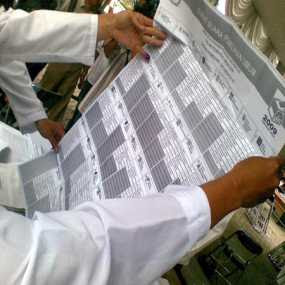 However, I got almost bored with the news I watched recently. Most of them are still dominated by what I call the destructive news. The only things I watched today, and some other days perhaps, are news like kisruh pemilu (election chaos), alliances against the ruling power, murder, and any other destructive-nature news.

I don’t know for sure, because I’m not a student of journalism studies, if a must-there criterion for news should be crime, or murder, or strike, or protest, or any other destructive-nature events.

Unluckily, such news is still dominant than the constructive one. Or perhaps, such news is promisingly top rating; thus increases the income of a news agency.

When I was responsible for the “News” menu on www.melayuonline.com, I found there are big differences between news spreading in Malaysia and in Indonesia.

The former position, I also occupy as Indonesian-English translator, got me to copy-and-paste culture news from either Malaysia or Indonesia to be published on www.melayuonline.com as an effort to preserve and document the Malay culture developing mostly in those two countries.

Indeed, I found that most of them are from Malaysia, and few are from Indonesia. I see there is a tendency from the Malaysian journalists to expose how safe and wonderful their country is and what efforts having been made by the government to preserve the Malay culture. In the other words, they prefer constructive news to destructive one.

This situation is totally different when I turn to English-language newspapers in Indonesia. In some occasions I found culture-related news, but viewed from the destructive angle. For instances, The Damage On Lake Bayan, Destruction On Majapahit Site, Some Highly Valuable Statues Stolen, and many more.

News on how a poorer saves the local culture, what makes an Indonesian student be successful in World Science Olympics, and how wonderfully enchanting our nature is are still seemingly neglected by the Indonesian journalists. It appears that they tend to expose news on corruptions, protests, strikes, crimes, and murders.

However, I still appreciate their role as control to the government. But so long I watch and read them; I see there are no efforts from journalists to provide some sorts of solutions for the destruction they are exposing.

Simply they just caught an event in the society then pass it to the public, without any attempt to provide the solution by asking parties or figure that are competent in certain cases. And worse when there are certain cases that are only exposed once, without any further investigation even solution.

Can we imagine what the impacts of such journalistic habit? If I am allowed, I’d like to argue that this situation may cause the public to suffer from mental health, getting depressed with the destructive news dominating and spreading massively amongst us.

As one of the many Indonesian journalists who prefer the destructive news to constructive one, I’m here not going to provide any solution for the criticisms on this writing. I’m here waiting for your responses or another argumentation as well as denial to the writing.

However, from this I’d like to suggest the Indonesian journalists to balance the destructive news with the constructive one. Also, give some sorts of solution for the destructive news you make; do not just simply caught an event and pass it to the public in an empty narration with no educational touch.

BACA JUGA:  When a Historic School Altered into a Mall