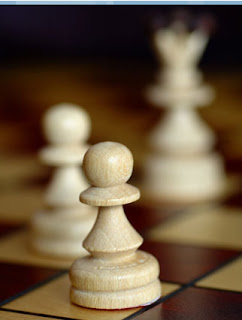 By Irfan Nugroho
Well, just in a few hours after this writing published, Indonesia will be holding General Election, in which a number of people will be competing to chair the positions in the House of Representatives.

That is why; I strongly disagree with those saying that “your voices determine the future of Indonesia for five years ahead.” Nope! You’re wrong!

Now why we have to Tempat Pemungutan Suara-TPS (polling station) tomorrow? I’m gonna be abstain from it, even though the TPS for tomorrow will be in my house.

Indeed, to me, being Golongan Putih-GOLPUT (blank voter) is a must. I don’t believe in democracy at all. Likewise, I don’t believe in those calon legislatif-CALEG (legislative candidates) anymore. And I do believe that some of you might agree with my second reason.

Here is the citation on democracy taken from Wikipedia.org:

….democracy describes a small number of related forms of government and also a political philosophy. Even though there is no universally accepted definition of ‘democracy’ there are two principles that any definition of democracy includes. The first principle is that all members of the society (citizens) have equal access to power and the second that all members (citizens) enjoy universally recognized freedoms and liberties.

Well, if we have unlimited access to freedom and liberty, then you might imagine how the world would be? Need example(s) for this? I’ll only give you one here.

Let’s have a look at the current situation in Indonesia, ahead of General Elections. In the name of freedom, a president candidate openly insults one another just to embed bad image on his/her counterparts. It seems, to them, that everything is OK to chair the position in the government.

Taking the learning from previous elections, hence I don’t believe in beautiful promises coming out from those candidates. Scrutinizing those candidates’ profile then I am never impressed and will never choose one of them for this election.

I am imagining about having a leader like Abu Bakr (ra). I found an interesting Abu Bakr’s first speech after he was appointed to succeed Muhammad (peace be upon him). I found this at Wikipedia.org:

I have been given the authority over you, and I am not the best of you. If I do well, help me; and if I do wrong, set me right. Sincere regard for truth is loyalty and disregard for truth is treachery. The weak amongst you shall be strong with me until I have secured his rights, if God wills; and the strong amongst you shall be weak with me until I have wrested from him the rights of others, if God wills. Obey me so long as I obey God and His Messenger. But if I disobey God and His Messenger, ye owe me no obedience. Arise for your prayer, God have mercy upon you.
I also found advices of Abu Bakr (ra) to the Muslim Army, taken from bariisiyobasto.wordpress.com:Abu Bakr’s advice to the Muslim Army:
1. Always fear Allah; He knows what is in men’s hearts.
2. Be kind to those who are under you and treat them well.
3. Give brif directions; directions that are too long are likely to be forgotten.
4. Improve your own conduct before asking others to improve theirs.
5. Honour the enemy’s envoy.
6. Maintain the secrecy of your plans.
7. Always speak the truth, so that you get the right advice.
8. Consult your men when you are free to do so; this will develop participation.
9. Take suitable measures to keep a watch on the enemy.
10. Be sincere to all with whom you deal.
11. Give up cowardice and dishonesty.
12. Give up bad company.
Do you think that our leader would act like this?
BACA JUGA:  Mengucapkan 'Alaihissalam' untuk Selain Nabi