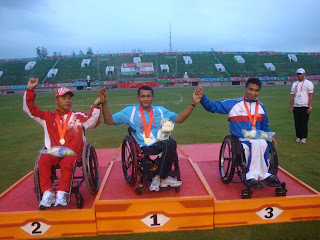 Irfan Nugroho
This was the first battle day of the Sixth ASEAN Para Games. It was held on December 16th 2011, and that was awesome.

Totally tiring and incredibly hectic since that was the first time for me to get involved at a sport event; moreover, that was para sports event.

As I have told you in the previous journal, a night before this first day of the game was the opening ceremony of the Sixth ASEAN Para Games.

It ended at 10 o’clock; but together with the entourage of Indonesian athletic athletes, I could just arrive at the athlete village at 11 o’clock.

I had only limited time to sleep, because the game was scheduled to kick off at 7:30 in the morning.

This also means that I should be ready steady go one or two hours before that time, to prepare my athletes, to get them to the bus stop, and to lead them to the call room at the venue, at the Manahan Stadium.

Let me give you a brief description of what a liaison officer should do at such an event.

Technical Meeting
Well, a night before the D-day, make sure that you get the schedule for the D-day.

There was something unique at the Sixth ASEAN Para Games, in which the schedule event was set one night before the D-day.

So, one tip I will tell you if you wanting to become a liaison officer.

Keep asking the delegates you are in charge with, and do not hesitate to ask for permission from them to let you to attend the technical meeting a night before the D-day of the battle.

Meal Order Service
At the same night after you attend the technical meeting, and finally get the schedule, do not forget to submit the meal service tickets to the central committee.

The number of meal boxes you book that night must be based on the number of athletes, officials, and coaches participating in the following day.

I do highly recommend that you add extra meal boxes because one or two athletes who were not competing on that day would also come to the venue, just to support their friend.

Informing the Athletes
At the same night, please do not hesitate to inform your athletes who will take part at the battle day.

In some cases, there have already been information from the officials or the coaches, but you must do this in order to remind them and to get closer with the athletes you are in charge with.

I was lucky enough to accompany the Indonesian athletic athletes because they were very enthusiastic, very polite, and very nice people.

Likewise, the officials, the coaches, and the athletes used to held a briefing one night before the game to gather strategy, schedule, and to boost their motivation.

To cope with such a situation, you must tell them how to get to the venue by the shuttle busses.

At the sixth ASEAN Para Games, there were two routes of shuttle busses; route A (colour-coded red) and route B (colour-coded green).

Registering the Athletes
Soon when you have arrived at the venue, go to the call room one and tell the officials there that your athletes have already been at the venue.

Write down their names on the form given by the officials in the call room one, and let your athletes warm up for half an hour.

After that, you are free, at least until your athletes joined at the battle because you will not be in charge with the matters in the call room two.

There would be some officials in the call room one who announced whom would participate in the nearest numbers; usually there were three calling; first all, second call, and final call.

Medal Awarding Ceremony
At this stage, you are in charge of preparing your athletes for medal awarding ceremony.

It’s simply at a glance, but if your athletes leave the venue away soon after they win a number, that will be a hectic situation as you must search for them on every corner of the stadium.

Consequently, you must keep watching them out while they are playing a sport number. If they win a number, deserving for gold medal, you must accompany him to a doping test room.

After that, you must take them for the medal awarding ceremony.

That was the time when I saw by myself how my friends with disabilities were trying to tell the world that they can do the same thing as people with no disabilities.

As part of the Indonesian athletic team, I was proud to be able to contribute, to support, and to be part of my friends’ success.

On the first battle day of the sixth ASEAN Para Games, two gold medals were given to Famini from class F55 discuss female and Alan Sastra Ginting from class F58 Shot Put male. 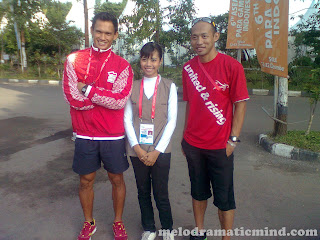 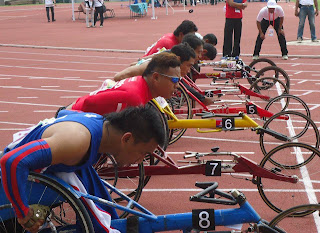 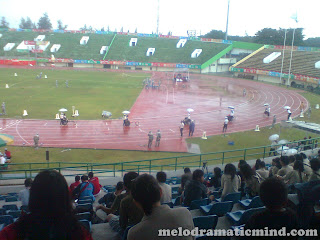 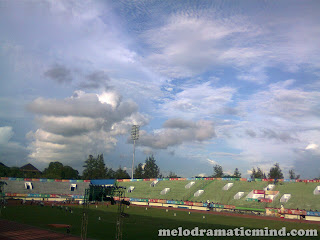 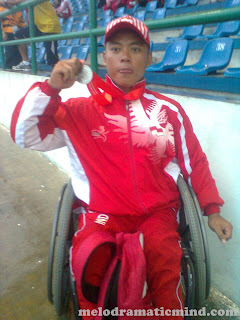 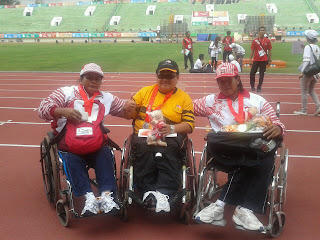